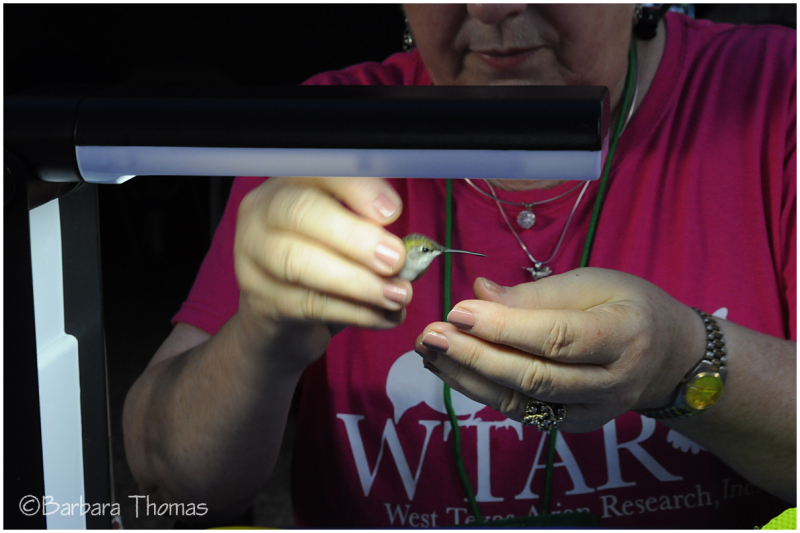 In addition to the band, hummingbirds are often identified with a temporary color-mark so that the bird can be identified again without retrapping. The color only lasts for a while, and disappears as plumage is replaced.

When a bird is banded, the bander collects data about the bird's age, sex, condition, and plumage characteristics. Measurements include the wing chord (length of the flattened wing from wrist to tip of the longest primary feather), tail length, mass, and bill length. After the bird is banded and released, the bander files data with the BBL.

Whenever a banded bird is recaptured by another bander, the information is also sent to the BBL.  The banding lab notifies the original bander of the place and date their bird was recaptured.  The bander who recaptured the bird is also notified where and when the bird was originally banded.

This is awesome, never knew this was done on these little critters:)

Love this series B :))) Learning so much from your wonderful images !!! Excellent !

I love this series, seeing these tiny beauties close up.

Woow! Great! The bird must be completely stressed out..

@Frankiess: Surprisingly they didn't seem stressed at all, and were very calm the whole time.

@franz: They did seem more curious and calm, than stressed.

Wonderful image of the lady at work; this had to have been a wonderful place to visit!