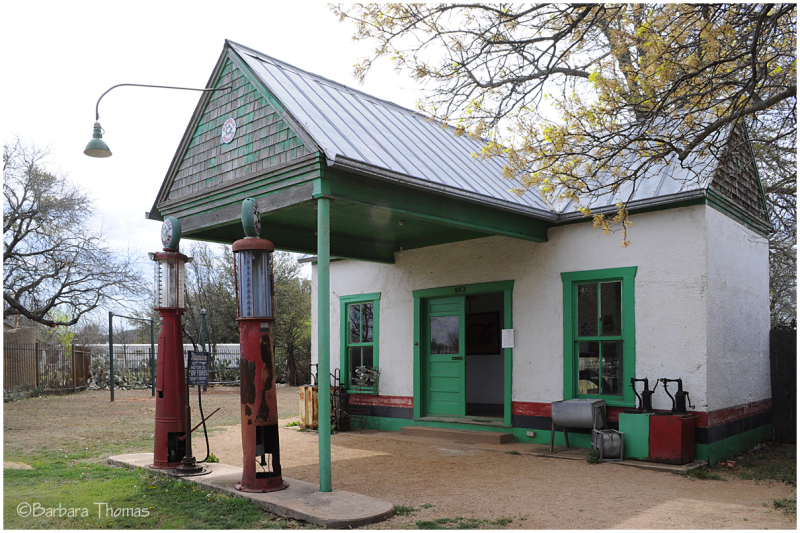 Posted by B. Thomas (Arlington, Texas, United States) on 21 May 2014 in Architecture.

By the 1920s there were more than 15,000 gas stations all over the United States. The gas station had replaced the barbershop and become the new social gathering place for men. This gas station was built in Winters, Texas and originally only had one pump. Pumps like the one you see here are called visible pumps. When the service man would start pumping the gas by hand he could watch to see the visible tank fill up before releasing it into your vehicle. This way he knew exactly how much you had purchased. In 1943 it was turned into a Texaco Station.

Cool, an historic Gasstation.
What is the Price for one Gallon? ;)

There is a lovely simple logic to all we see here . . oddly similar in principle to what we have today but the sense of leisure and pleasure and time to chat has long gone !

Lovely image of this Gas station...I am happy such places are still preserved....

Neat old place, reminds me of visiting St. Jo near Bowie when i was a kid, they had all the old stuff plus a place for the spit and whittle club to gather:)

Cool place. Those pumps are interesting.