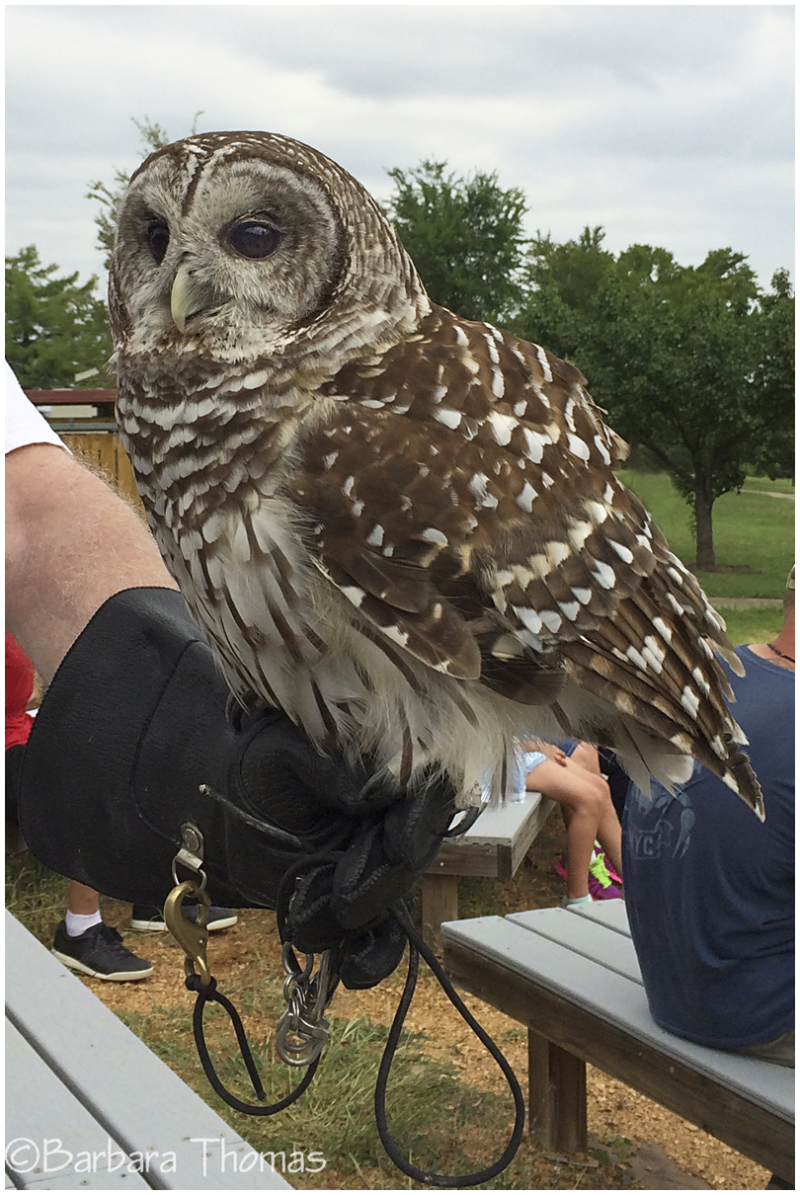 Beaker was found in 2009 with numerous primary (flight) feathers missing from his left wing. There did not seem to be any other injuries that puzzled veterinarians and rehabbers alike. Beaker was kept in rehabilitation to see if new feathers would grow, and they never did. He was transferred to BPRC in 2010 and is quite the crowd pleaser.

From Blackland Prairie Raptor Center:
Blackland Prairie Raptor Center’s education birds of prey are the highlight of our outreach programming. Their purpose is to inspire our audiences to think about and actively participate in helping preserve raptors and the environment for generations to come.
Though these education ambassadors have been given names, we must respect them as wild animals. In many cases these birds will be with us for many years, and since we have more than one bird per species, we attempt to give them names that are derived from a bird’s actions or a reference to the natural history of that species. As you read their stories, remember that these birds began their lives as wild creatures and came to us after humans had a negative impact on them. It must be stressed that the birds of Blackland Prairie Raptor Center are and always will remain wild birds of prey, not pets.
All of our raptor ambassadors have come to BPRC with circumstances that make them non-releasable. Due to their injuries or conditions, they would not be able to survive on their own in the wild. They have become the ambassadors for all wild birds of prey by educating the public about the issues concerning their future.

Super narrative, to explain this journey and place to us, Barbara. Thanks for the information. I love that along with the excellent photograph. Beautiful Owl.

Nice look at this large owl.