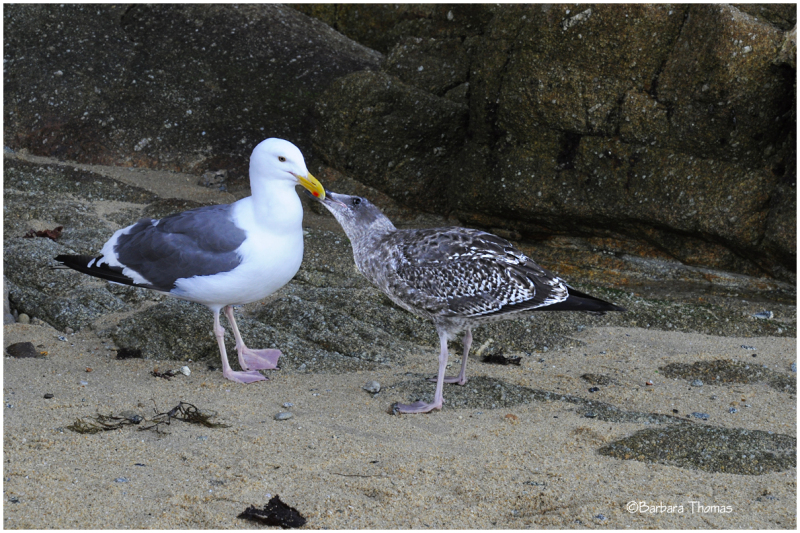 Seagulls are very protective of their newborns. Newborn gulls do not leave the nest (or the immediate area) until they are able to fly and find their own food. Until the newborn is able to fly, the parents will feed it. The young gulls grow quickly, and by the time they leave the nest, they are almost the size of an adult gull. They best way to distinguish if a gull was born recently is by the color of its feathers. Almost all newborn gulls have brown feathers covering their entire bodies. We saw these young gulls (also referred to as a juvenile) but at first did not realize they were young and would change colors.

So many of us rush through our lives missing all this around us . . a lovely posting.

what a lovely image this is..
I almost though that this was a juvenile of some other bird !!!

A lovely shot ---- I guess I have never noticed young ones and I live by the sea !!!!! Thanks for the reminder, Ronnie - above !
Thanks for sharing, Barbara --- kind regards and a nice evening Monika

What a beautiful image. A fine shot. :)

A lovely shot of this tender moment.