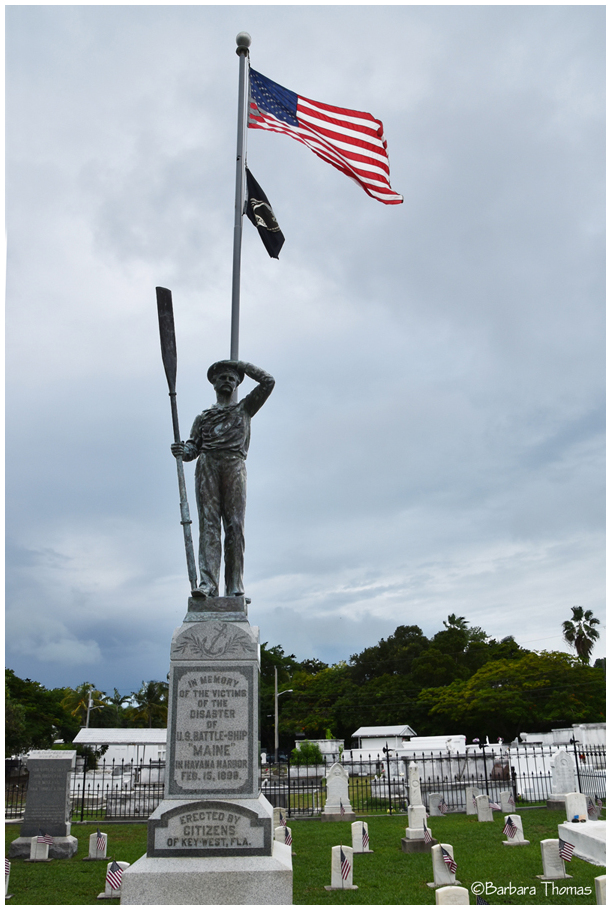 At 9:40pm on the night of February 15th, 1898 the United States battleship Maine, riding quietly at anchor in Havana harbour, was suddenly blown up, apparently by a mine, in an explosion which tore her bottom out and sank her, killing 260 officers and men on board. In the morning only twisted parts of the huge warship’s superstructure could be seen protruding above the water, while small boats moved about examining the damage. The Maine had been showing the flag in Cuba, where the Spanish regime was resisting an armed uprising by nationalist guerrillas.

No one has ever established exactly what caused the explosion or who was responsible, but the consequence was the brief Spanish-American War of 1898.

The case has been a very tragic. Its historical significance when there have been large. The statue is fine and it was good that letting the case history.

Great tribute .I did'nt know about the Spanish-American war .

A great composition perfect for this Veterans Day!!
Thank you for the background information!

An appropriate image for today. Love the patriotic feel