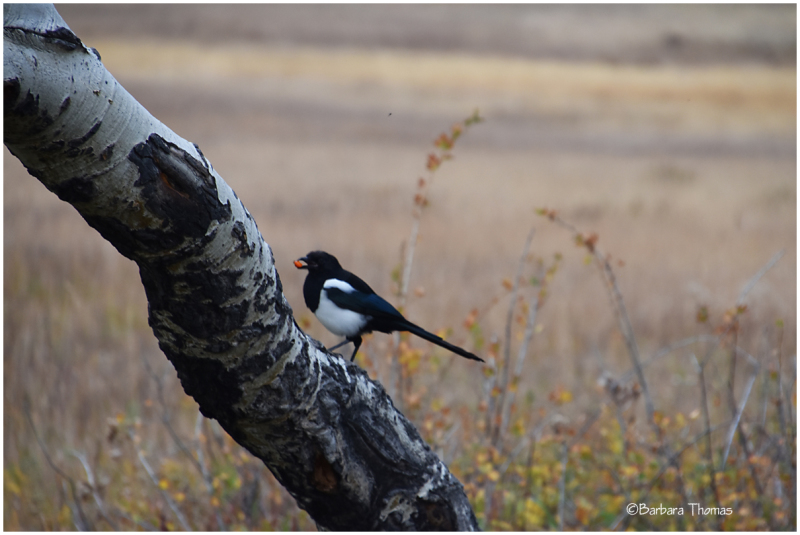 The black-billed magpie, also known as the American magpie, is a bird in the crow family that inhabits the western half of North America, from southern coastal Alaska to northern California, northern Nevada, northern Arizona, northern New Mexico, central Kansas, and Nebraska.

As you say, a member of the crow family and real smart just like the crows themselves.

Lovely focus. Looks a lot smaller than our Magpie. wishing you a good week Barbara.

SO beautiful with the red berry!