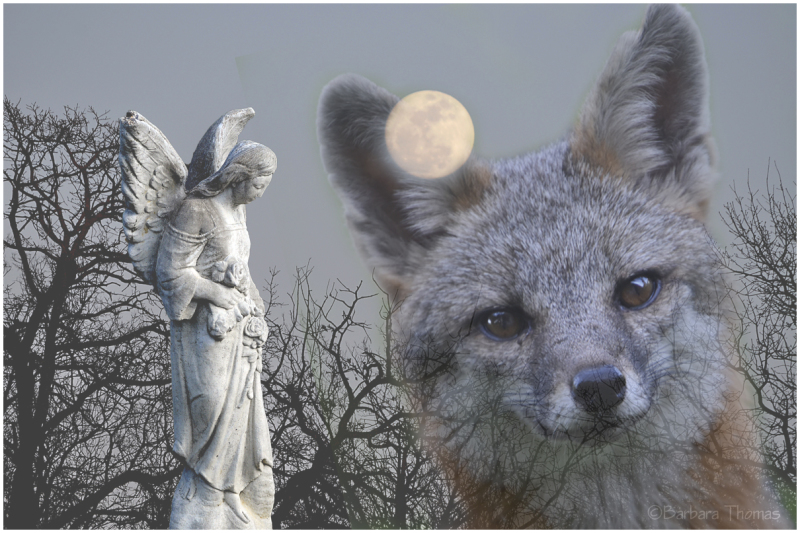 Posted by B. Thomas (Arlington, Texas, United States) on 1 February 2017 in Animal & Insect and Portfolio.

“Good bye may seem forever. Farewell is like the end, but in my heart is the memory and there you will always be.” ~ Walt Disney Co.

**In the summer of 2011 during a drought some wild gray foxes started coming to our yard from the nearby field and woods for water. We started tossing them grapes for a healthy snack. By the next spring they were doing well and still dropped by almost every night. One was a beautiful male with a notch out of his ear so I started calling him Nacho.

That was the beginning of a five year "friendship" with Nacho and his family. He was friendly, but not tame. We never tried to touch him. Sometimes when I was outside, he would just come and stay close by, even in the daytime.

I know many of you came to love him through photos. My portfolio has about fifty shots of Nacho and the other foxes scattered over the past five years.

I'm very sad to say that Nacho is gone. Sometimes we would not see him for a week or more then he would show up, but now it has been eight months, and his mate Scruffy comes with Mouse. Foxes mate for life so she would not be with him if Nacho was still here. He was a wild fox, and there are many things that could have happened. We will probably never know, and that might be best. I miss him so much! So this week is my tribute to Nacho.

This image is a beautiful way to remember the fox named NBacho. A friend living with you as long as you remember it. I'll miss the wise heads.

Aw B He will come back!!
I am certain..he has just gone in search of adventure..
Let us wait with hope.
Nacho will certainly be back!

May be Natcho will come back. I kow your sadness Barbara

Oh ! A sad news. I'm so sorry. He was also my friend.
Goodbye Nacho!

Always a treasure in your photos !

What a good edit image for Nacho

Lovely words to your fine image here . . our relationship to the animal world teaches us so much.

A lovely image and moving tribute to a wonderful animal.

Wonderful and lovely portrait of Nacho. Hope you will meet him again.

I cried when I read this. I am one of those who has come to love you fox family from your photos. I am saddened by his loss. This is a loving tribute.

Wonderful story of human with wild animals . I was very touched every time to see your photos and the mutual respect between you . Nacho was a familiar name and we can dream about another life for him or that he is in the paradise of animals . Thank you so much to share .

@Mhelene: I like this - "we can dream about another life for him." Thanks.

The fine composite makes a good way to remember Nacho. His story is very interesting even if the end is sad.

Thank you B for sharing your special relationship with us, must admit I'm typing this through very bleary eyes . ;>)

You are so lucky to be able to live in such a place that you do, a sad tale but those will be a time that you have in your heart for ever. What great photos you must have of him.

@Philnz: I know we were very lucky to experience what we did with Nacho and the other foxes. I'm very thankful.