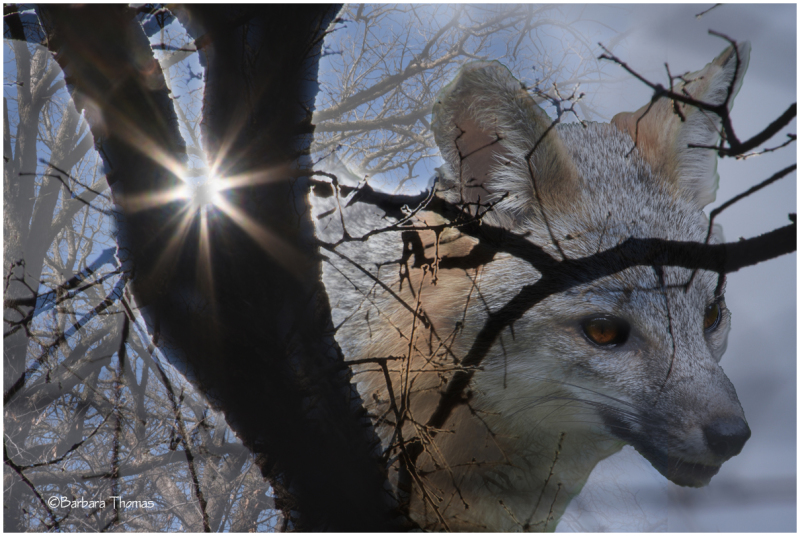 Unique In All The World

Posted by B. Thomas (Arlington, Texas, United States) on 2 February 2017 in Animal & Insect and Portfolio.

**In the summer of 2011 during a drought some wild gray foxes started coming to our yard from the nearby field and woods for water. We started tossing them grapes for a healthy snack. By the next spring they were doing well and still dropped by almost every night. One was a beautiful male with a notch out of his ear so I started calling him Nacho.

That was the beginning of a five year "friendship" with Nacho and his family. He was friendly, but not tame. We never tried to touch him. Sometimes when I was outside, he would just come and stay close by.

I know many of you came to love him through photos. My portfolio has about fifty shots of Nacho and the other foxes scattered over the past five years.

I'm very sad to say that Nacho is gone. Sometimes we would not see him for a week or more then he would show up, but this time it has been eight months, and his mate Scruffy comes with Mouse. Foxes mate for life so she would not be with him if Nacho was still here. He was a wild fox, and there are many things that could have happened. We will probably never know, and that might be best. I miss him so much! So this week is my tribute to Nacho.

Oh, Barbara! I missed your yesterday post until just now but i saw the ssf report that acbompanied the great image you podted, as thisnpiece is also! So beautiful but so saf.? I remember your drought of 2011 and I remember thise stories and images that you shared. This is so sad and I know that the eternal wondering about what exactly may have happened cannbe tremendously hard to deal with. Barbara and I send our heart and prayers for Nacho and for you. <3

One more day, my condolences for Nacho. (with tears in my eyes )

A sad story, and a wonderful image to remember him!

a great pair of fox portraits, this one in particular

ANother touching tribute to the handsome fox

Such a spectacular image and tribute to Nacho who lived wild and free.

Beautiful composition and tribute to Nacho!!

This is just so sad. I am so sorry. He was a beautiful fox. I remember one year I befriended a squirrel near my house. He would come up to the door looking for a handout. It got to the point that I looked forward to seeing him and then after a bad winter storm I didn't see him anymore. I was really sad. I empathize with how your are feeling. And you were friends with Nacho for such a long time. He was beautiful and I really enjoyed your photos of him.

@Elaine Hancock: Yes, it is sad when we don't know what happened to them, whether its a fox or squirrel or anything else.

Beautiful. I also love the sun burst through the tree.

Friendship is best when it is sufficient to see a friend. No requirements or expectations, just a good feeling that he is near. No need for words, not touch, just look about it, you're important to me. I believe that Nacho was just such a friend to you. Nacho live with you as long as you remember your friend.