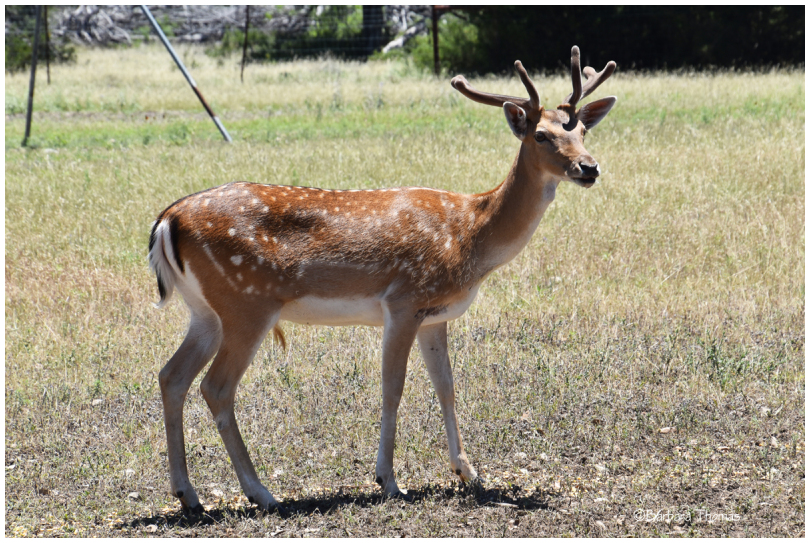 Native to India, where it is known as the "chital," the axis deer was introduced into Texas about 1932. In 1988, free-ranging herds were established in 27 counties of central and southern Texas. At this time, it also occurs as a confined animal on ranches in 67 other counties. Axis deer are the most abundant exotic ungulate in Texas.

I ilke this animal.

A beautiful photo of the deer .

A superb image of this animal, in wonderful condition.

Great shot of this beautiful looking animal and interesting information as well.

A fine picture of this great looking deer with the interesting coat color and detail. I like the story about them too.

Beautiful light, adorable deer and I like the velvety antlers.

Lovely capture I love these !!!!!Have a nice weekend:))

An excellent photo of this handsome fellow.

That is nicely shot.