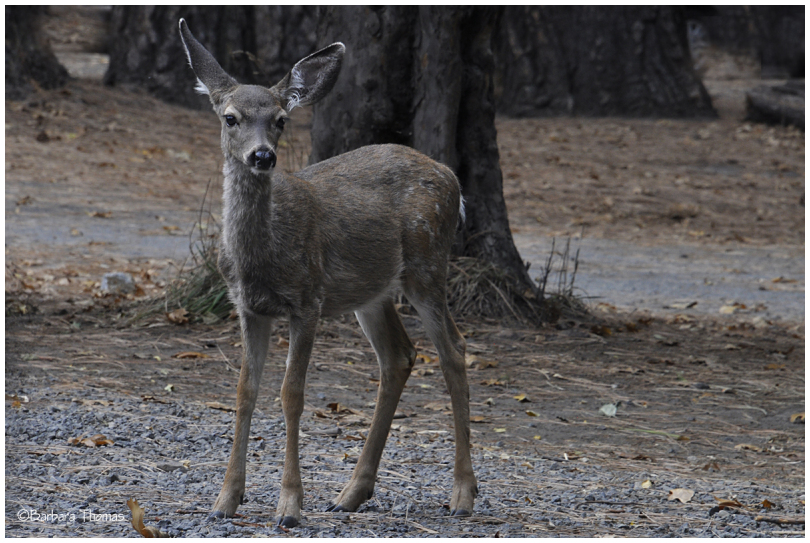 What Big Ears You Have

Young mule deer in Yosemite. The mule deer is named for its ears, which are large like those of the mule. The several subspecies include the black-tailed deer.

* About 3 years ago Hubby/Sherpa/Guide and I went on a trip to Yosemite National Park. We also went to Monterey and San Francisco, and then other trips soon after. I had so many photos that I only posted a few from Yosemite at the time, and had planned to get back to them. So, here are the forgotten photos.

These really are lovely portraits . .

Oh I love deer. Sweet one and nicely captured. Sometimes they spring off like rabbits right when you have the perfect frame.

How cute those 'disproportional' ears look, of course they serve a purpose too, very nice capture !

Nice big ears on this youngster. It's a great look.

and eyes, and nose, actually

i find their features are all so dramatically large which to me makes them so, so beautiful