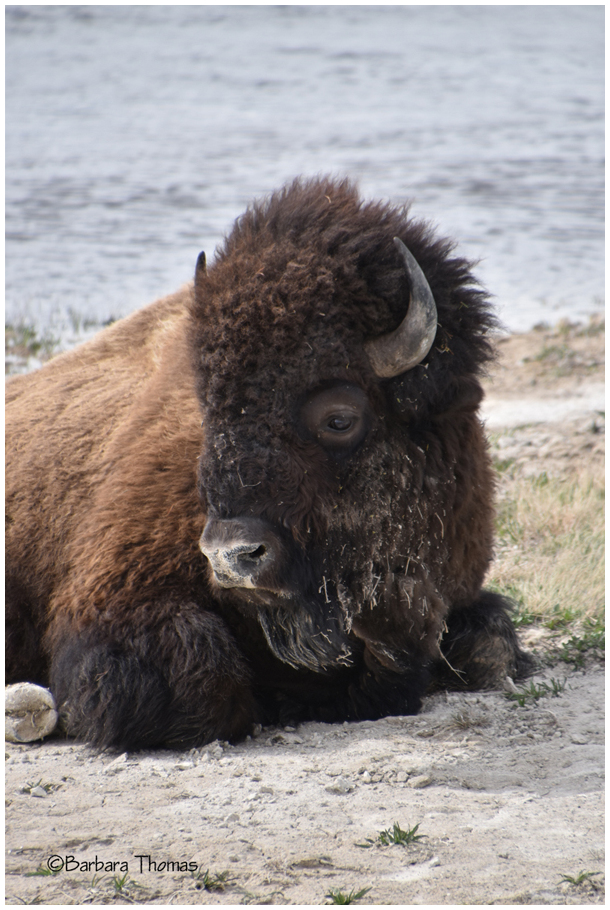 Where The Deer And Buffalo Roam

Great animal. This guy's look is somehow melancholic. Has he lost his friend?

Surely the buffalo roam and the deer and the antelope play, and the sky isn't cloudy all day :) Excellent shaggy portrait

The bison look so tame and harmless but can be dangereou This is a fine portrait of this buffalo.

He appears to be a younger bison. What a majestic head.

Sensitive capture Barbara! Huge and ugly and yet beautiful. I love it.

That is very nice.

you caught his character well

such an impressive beast and a fine shot