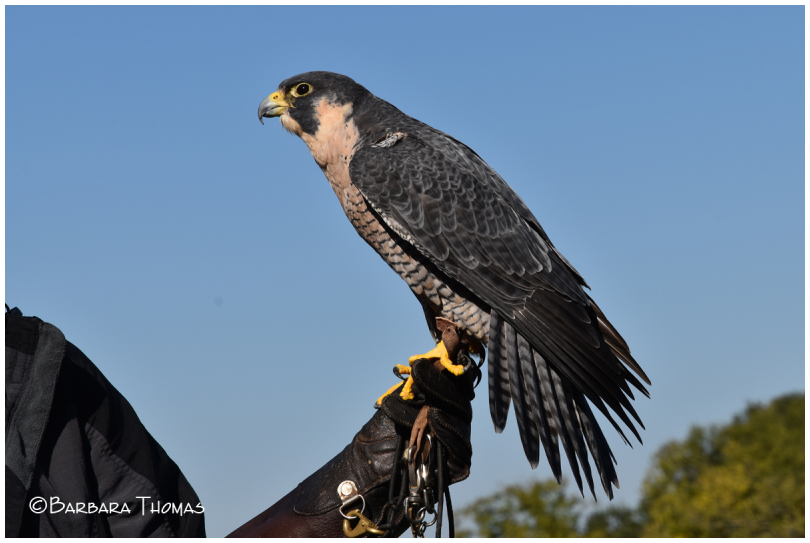 Posted by B. Thomas (Arlington, Texas, United States) on 3 January 2020 in Animal & Insect.

All of the raptor ambassadors have come to Blackland Prairie Raptor Center with circumstances that make them non-releasable. Due to their injuries or conditions, they would not be able to survive on their own in the wild. They have become the ambassadors for all wild birds of prey by educating the public about the issues concerning their future.

‘Xena’ – Peregrine Falcon
Xena was hatched in 2001 and raised in captivity. She was used in a breeding program for many years. Afterwards an attempt was made to work her as a falconry bird, but she didn’t do very well and was transfered to BPRC in 2012.

A great look at this hunter.

Great picture from this beautiful bird.

Always a nasty sight a bird of prey on a string, but your story says a lot ..

A very good capture of this great looking bird.

Nice photo Barbara. I see one of these most every time when I go to the beach but I've had zero luck getting a photo. I'm enjoying this pic.

She is a gorgeous bird. This is a wonderful portrait. I am so glad that there are places like this that can care for these magnificent birds.

A lovely shot of this beautiful bird.

i wonder, do they seem happy?